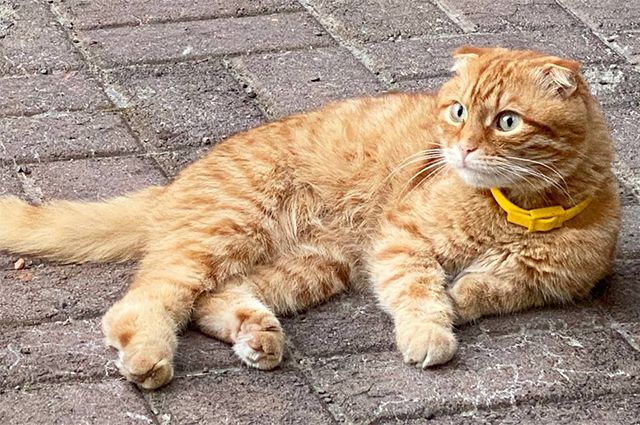 The Red cat has gained popularity among all Instagram subscribers of the chairman of the Synodal Department for Relations of the Church with Society and the Media, acting head of the press service of the Patriarch of Moscow and All Russia Vladimir Legoyda.

The happy face of the Red-haired man constantly appears in his publications: the cat, lazily lounging, helps his owner to read, write texts, receive guests. We decided to get acquainted with the mustachioed star of insta. 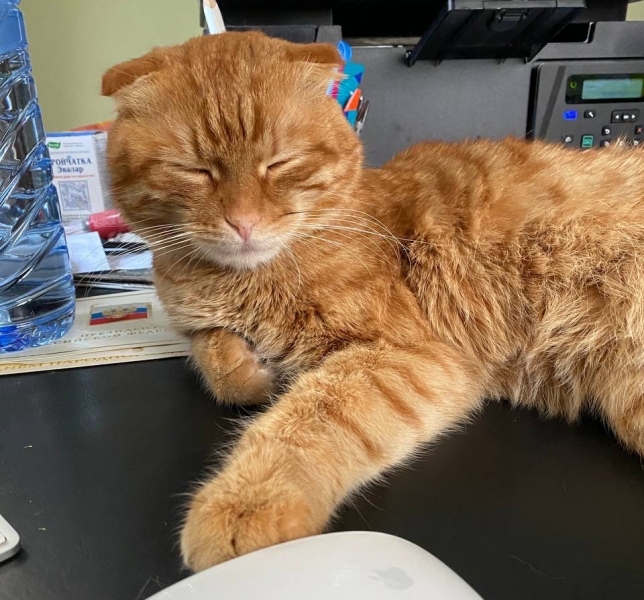 – Vladimir Romanovich, many people in social networks know the cat Vladyka, who lives with the Metropolitan of Pskov and Porkhovsky Tikhon (Shevkunov), but your Red-haired one is a worthy competitor to him…

– I must admit, I have never been particularly fond of cats, at least I was sure of it, and I have been an avid dog lover all my life. But Red just didn’t give my family a chance. One day I entered the house and won the hearts of all my family members. And four-legged ones, too. At the time of his appearance, the cat Murzik lived with us, whom the neighbors asked to holda week & ndash; while they are on vacation – and then they disappeared. And the old, very dearly loved by everyone and now deceased Shepherd Victoria. At first, the Red-haired Man starved the shepherd-he literally slept on top of her-and Tori could not resist his charm. Then he suppressed Murzik’s authority. One of his strict gaze immediately dissolves into space. 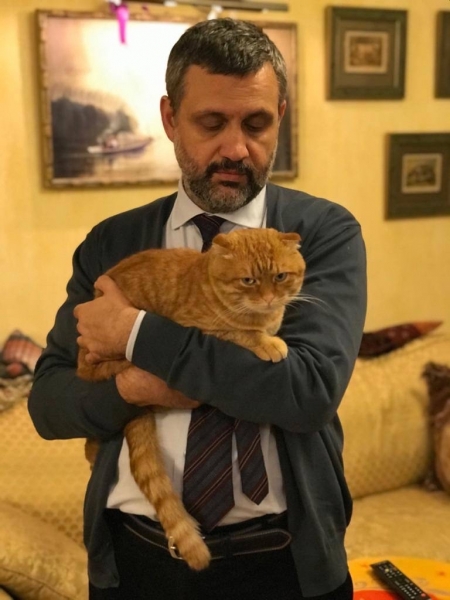 – And where did it come from?

– It has remained a mystery. Since he is a purebred animal, is a representative of such a breed as the Scottish Fold, we honestly posted ads all over the district about the discovery of the cat, but the owners did not appear. Then we started asking questions, we even found out that the cat seemed to have lived in a flower shop nearby for some time. They took him there. Andhe & hellip; came back to us pretty quickly. Well, there was nothing left but to accept his choice. He always behaved with us quite delicately, but at the same time freely. He immediately made it clear that he would stay with us. So he lives in our family with a full understanding of his own value. When he wants to, he comes to be petted. There is no desire, try to persuade him to let himself be stroked.

– Who is the main authority for him in the family?

– It’s hard to say. Of course, he understands perfectly well who feeds him. And this is what he asks, and sometimes demands from his wife. He does not like our 8-year-old son too much ;he demands too active games from him, he can squeeze him against his will, pull him. But at the same time, even though I don’t feed him, he loves my company. If I work forby the computer, it is necessarily selected and lies down next to it. Not on your hands, but right next to you. It seems like it does the same thing. I’m ready to jump on my knees only if one of us is sitting on the street. Maybe this is how he demonstrates his power over us? By the way, have you noticed that if someone from the family is ill, he comes, lies down at his feet and patiently lies… 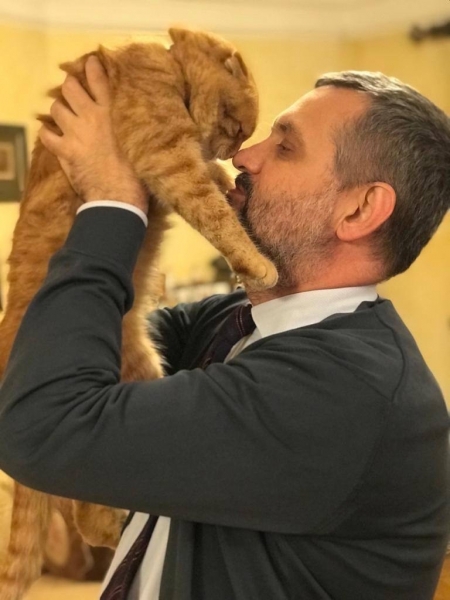 The Redhead has a deceptively sweet, thin, just angelic voice, the same angelic appearance. And at the same time, it is an absolutely fighting cat. A predator, a small tiger that hunts for prey, brings it and puts it in front of the door. A kind of breadwinner of the family. He thinks that without the birds and mice he caught, we will starve to death. Thunderstormneighborhood cats. And dogs, to be honest. I saw for myself how he managed to coolly frighten two menacingly barking sheepdogs.

– And how did he get to you on instagram?

– Just like with the choice of our family. He decided to be near me and fulfilled this decision. Soon, subscribers began to ask to put up a photo of a Red-haired & hellip;