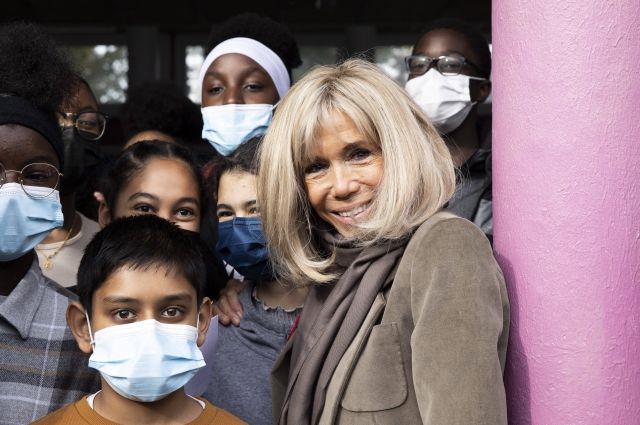 The wife of the French President Brigitte Macron said that she had never been a man and had not changed her gender, and the attackers posted the corresponding false information on the Internet, RIA Novosti reports.

“At first I watched it from afar, heard what they were saying, before I realized that they had changed my family tree… And I suddenly turned out to be my brother,” the First Lady of France told RTL France radio station. She recalled that unknown attackers had changed the data on several sites, claiming that her real name was Jean-Michel.

Macron also said that this harassment has been going on for four years and recently she decided to deal with this situation. “It took me 5.5 days with a lawyer to delete this information,” she clarified.

Earlier it was reported that Brigitte Macron intends to file a complaint against rumor-mongers who claim that the first lady of the country was previously a man, and then changed her gender.

Brigitte Marie-Claude Tronier was born on April 13, 1953. She is the youngest of six children in the family of Jean Tronier and his wife Simone. In 1974-2006 Brigitte was married to the banker Andre-Louis Ozier, they have three children. She divorced in 2006 and married Emmanuel Macron the following year. She was his French teacher and led a theater studio.