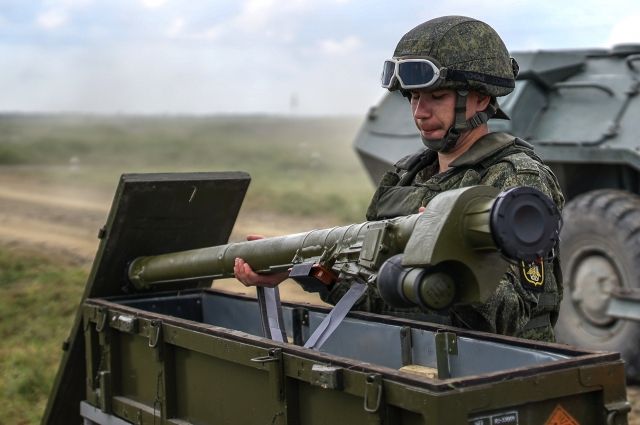 The Russian army will soon receive portable anti-aircraft missile systems of increased range for armament. As stated industrial director of the arms complex “ROSTEC” Bekhan Ozdoev, the development is carried out by enterprises that are part of the state corporation. In the future, the new long-range MANPADS should significantly expand the capabilities of the Russian army air defense.

Russian specialists are working to increase the maximum range of MANPADS, which currently is not more than five to six kilometers. The missile guidance system is also being improved. The sensitivity of the homing head of the MANPADS missile will be significantly increased. This will increase the probability of destroying small-sized targets, for example, barrage ammunition or unmanned aerial vehicles. At what stage are the works, whether a new anti-aircraft complex is being created or modernization of existing ones is planned, it is not reported.

Currently, two MANPADS are being produced for military units, the IGLA-S and the Willow. The most advanced is considered to be the WILLOW complex, which has a three-spectral homing head, which allows you to effectively hit targets with low contrast in the thermal range, such as drones. The composition of the WILLOW, in addition to missiles and launchers, includes recognition tools”friend-foe”, intelligence and control modules, detection of aerial targets. The anti-aircraft complex is designed to destroy aircraft and helicopters, as well as cruise missiles and drones at altitudes from 10 m to 4.5 km and at ranges from 500 m to 6.5km. These indicators significantly exceed the capabilities of foreign MANPADS. For example, the American FIM-92 Stinger is capable of shooting down targets at an altitude of 180 m to 3.8 km.

Currently, a third MANPADS capable of hitting targets without reacting to heat traps is being prepared for adoption into service. We are talking about a portable complex “label”. When arming troops with a MANPADS Tag, the effectiveness of countering a variety of targets in the air will increase, including the helicopters already mentioned, as well as attack aircraft and unmanned aerial vehicles.

In the near future, army units are going to adopt such systems as a combat vehicle for anti-aircraft gunners, tYphoon-air defense, a new anti-aircraft missile and cannon complex, Pantsir-SM-SV, a means of combating small-sized unmanned aerial vehicles, a 57-millimeter anti-aircraft artillery complex. -Air defense».