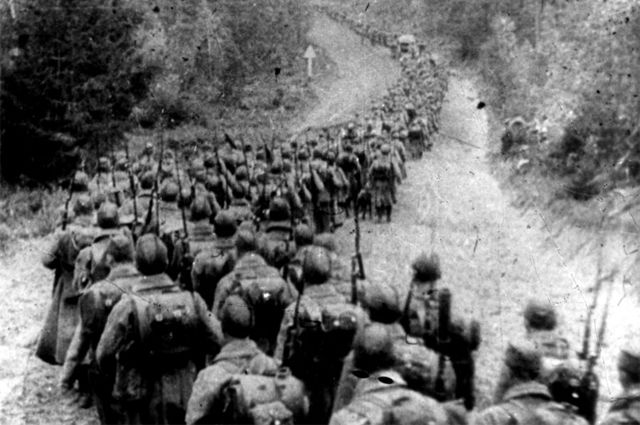 The events of September 1939, referred to in Russian historiography as the “Polish Campaign of the Red Army”, have been spoken about cautiously in the post-Soviet space in recent decades, for fear of hurting the delicate feelings of Europeans, especially Poles.

The same, in turn, do not hesitate, stamping resolutions in which the Soviet Union and the Third Reich are assigned the same responsibility for the beginning of the Second World War, and the actions of the Red Army in the fall of 1939 are equated with the operations of the Wehrmacht. Meanwhile, the Polish campaign of the Red Army was an act of restoring historical justice to the Ukrainians and Belarusians. It is all the more surprising that in the newly independent countries this fact has long been tried, if not ignored, then not given it serious importance.

Leader of the Republic of Belarus Alexander Lukashenko On June 7, 2021, he signed Decree No. 206 on amendments to the list of public holidays, holidays and memorable dates in the country. From now on, Belarus will celebrate National Unity Day every year on September 17.

“This day has become an act of historical justice for the Belarusian people, who were divided against their will in 1921 under the terms of the Riga Peace Treaty, and is forever entrenched in the national historical tradition,” BelTA quotes the press service of the Belarusian president as saying. ” Today, the Belarusian people are united in choosing a strategic course for the development of a strong, sovereign and prosperous country. The establishment of the National Unity Day on September 17 emphasizes the continuity of generations, the inviolability and self-sufficiency of the Belarusian nation and statehood.

As noted, the unity restored in 1939 allowed Belarus to survive during the Great Patriotic War, take an honorable place in the international community, and become one of the co-founders of the United Nations.

Along the Curzon Line

There is no doubt that many in Europe, especially in Poland, will choke on coffee after learning about Lukashenko’s decision. For the Belarusian National Unity Day on September 17 directly strikes at the historical concepts carefully constructed in recent years. 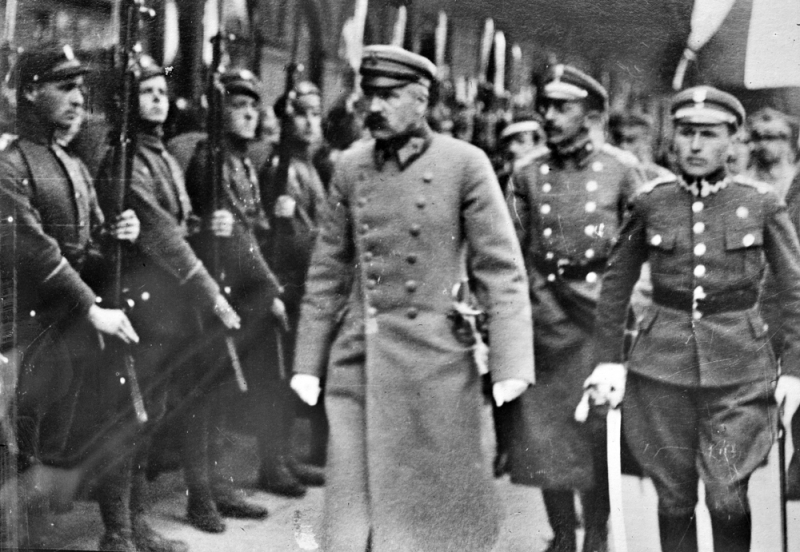 Poland, which regained its independence after the First World War, was led by Jozef Pilsudski, was an extremely aggressive state. The Polish leader declared: “Enclosed within the borders of the sixteenth century, cut off from the Black and Baltic Seas, deprived of the land and mineral wealth of the South and Southeast, Russia could easily pass into the state of a second-rate power, unable to seriously threaten the newfound independence of Poland. Poland, as the largest and most powerful of the new states, could easily secure a sphere of influence that would extend from Finland to the Caucasus Mountains.

Fueled by France and Great Britain, Poland’s ambitions led it to a war with Soviet Russia, which went on with varying success.

In December 1919, the Supreme Council of the Entente proposed to establish as the eastern border of Poland a line that roughly divided the territories with a predominance of the Polish population on the one hand and the Ukrainian and Belarusian on the other. The line established in the note of the British Foreign Secretary, Lord Curzon, was called the “Curzon Line”. However, Pilsudski refused to comply with it, because he expected to move much further to the east. 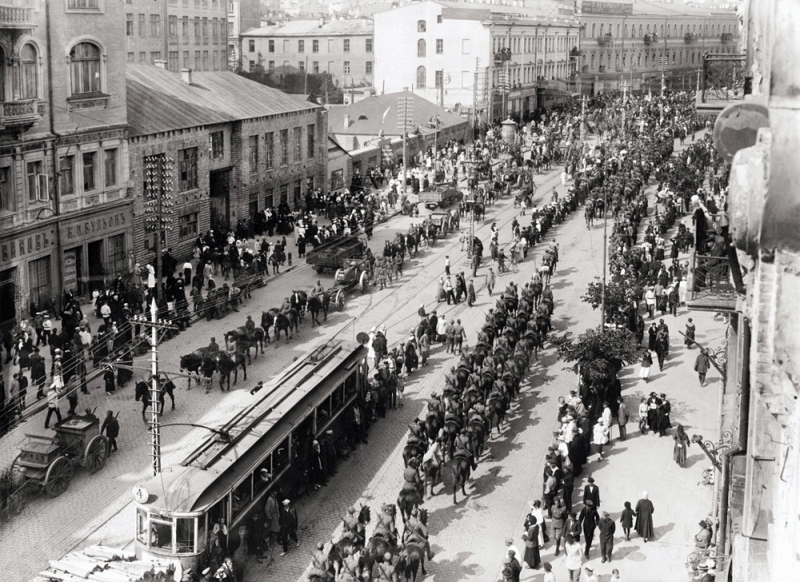 In early May 1920, the Polish army occupied Kiev. But this was followed by a powerful blow from the Red Army, after which the existence of the Polish regime was called into question. In August 1920, the Battle of Warsaw, otherwise known as the “Miracle on the Vistula”, took place. The heavy defeat of the Red Army again tipped the scales in favor of the Poles.

The Riga Peace Treaty of 1921 recorded, in fact, a draw-neither side achieved its goals. Ukraine and Belarus began to exist in two guises-in the form of the Ukrainian SSR and the Belarusian SSR within the Soviet Union, as well as in the form of the eastern provinces of Poland.

There was no question of any national autonomy of Belarusians and Ukrainians. Poland pursued a policy of assimilation of national minorities. If for Western Ukraine the situation of being under the rule of certain conquerors was already familiar for centuries, then the residents of Western Belarus were bitterly opposed to what was happening. Belarusians did not separate themselves from the Russian state, and the orientation of local residents to Moscow frankly irritated Warsaw. Since the early 1920s anduntil 1939, the Polish authorities carried out the most severe national policy, restricting the rights of Belarusians to education, to participate in political life, etc. Orthodox churches in Western Belarus were closed en masse, Belarusians were persuaded to convert to Catholicism, threatening forced relocation and forbidding Orthodox people to acquire land.

“Poland claims Soviet Ukraine and access to the Black Sea”

Relations between the USSR and Poland in the 1920s and 1930s were not very friendly. Moreover, Warsaw continued to dream of territorial gains in the East, looking hopefully at Adolf Hitler’s Third Reich. The alliance with Berlin allowed the Poles to participate in the partition of Czechoslovakia. In January 1939, Jozef Beck, the Polish Foreign Minister, spoke to the German Foreign Minister.Joachim von Ribbentrop said: “Poland claims Soviet Ukraine and access to the Black Sea.”

But then the Third Reich could not agree further. The Nazis were ready to take the Poles as a share in the division of Soviet lands, but only in exchange for their own territorial concessions. When no agreement could be reached, Berlin designated Poland as the new victim. The Soviet Union, having signed a Non-Aggression Pact with Germany in August 1939, provided an opportunity to sort out relations with Hitler to Poland and its old allies from Great Britain and France.

As they say today, in Moscow, they stocked up on popcorn and began to see what would come of it.

“We don’t mind them getting into a good fight and weakening each other.”

The German attack on Poland began on September 1, 1939, but the Western Allies, to put it mildly, were in no hurry. Only on September 3, Great Britain and France declared war on the Third Reich. The advance of the French troops into Germany began only on September 9, and already on September 12, the units that had passed about 10 km without resistance were ordered to stop due to the rapid developmentevents in Poland. And it really was fast. By September 5, the main line of Polish defense was breached, and on the same day the government left Warsaw. When the French army was ordered to stop the offensive, the Germans had already reached the middle course of the Vistula in a number of sections, crossed the Western Bug-Narev line, covering Warsaw from the east, and advanced to the San, crossing its upper reaches.

By September 14, Hitler’s troops were already on the territory of Western Belarus and Ukraine, they took Brest, surrounded Lviv. The Wehrmacht had no orders to stop the advance to the east. By September 21, the German armies could reach the state border with the USSR.

From the documents now published, it is clear that the Soviet Union did not interfere in what was happening as long as there was at least the slightest chance that Poland would be able to continue the fight, or that France and Great Britain would launch full-scale actions against Germany. Head of the Comintern Georgy Dimitrov In his diary on September 7, 1939, the Soviet leader wrote the following words: “The war is going on between two groups of capitalist countries (poor and rich in terms of colonies, raw materials, etc.) for the redistribution of the world, for the domination of the world! But we don’t mind them getting into a good fight and weakening each other… The destruction of this state [Poland] under the present conditions would mean one less bourgeois fascist state! What would be wrong if, as a result of the defeat of Poland, we extended the socialist system to new territories and populations?

Of course, the Soviet Union remembered Western Belarus and Western Ukraine, the Curzon Line, historical justice, and its own interests. But in this fight, the Polish “hyena of Europe” was given a chance to fight back, either by itself or with the help of the Western allies. But Poland against the Wehrmacht was militarily untenable, andFrance and Great Britain only imitated military aid to Warsaw. When it became clear that Germany would inevitably occupy all Polish territories, including Western Ukraine and Western Belarus, the Red Army stepped in.

At three o’clock in the morning on September 17, 1939, the Deputy People’s Commissar for Foreign Affairs of the USSR, Potemkin, read out a note.to the Polish Ambassador to the USSR Grzybowski And what was wrong with that note? By September 17, the USSR had little choice: either to give the Ukrainians and Belarusians under the control of the Reich, or to start sending troops into the zone of its strategic interests.

First Lord of the Admiralty Winston Churchill in a speech on 1 October 1939, he stated: “The fact that the Russian armies had to stand on this line was absolutely necessary for the security of Russia against the Nazi threat. In any case, this line exists, and an Eastern Front has been created, which Nazi Germany will not dare to attack. When Mr. Ribbentrop is onlast week he was summoned to Moscow, he had to learn and accept the fact that the implementation of the Nazi plans in relation to the Baltic countries and Ukraine must be finally stopped.

Belarus has realized everything. The case for Ukraine

Chief of the General Staff of the Polish Army Vaclav Stachevich The troops are disoriented by the behavior of the Bolsheviks, because they mostly avoid opening fire, and their commanders claim that they came to the aid of Poland against the Germans. The Soviet soldiers for the most part do not shoot, they treat our soldiers with demonstrative sympathy, share cigarettes, etc., and everywhere repeat that they are going to help Poland. 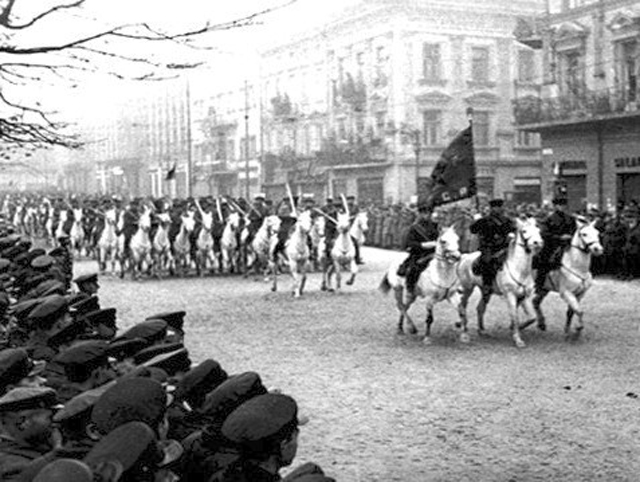 Documents of that time show that in Western Belarus, in Western Ukraine, the Soviet troops were met as liberators. The historic reunification of both the Belarusian and Ukrainian people took place in September 1939. And no matter what they think in Warsaw or Brussels, but neither Ukraine nor Belarus in the modern borders without the Polish campaign of the Red Army would simply not exist. This fact should have been recognized long ago. However, flirting with the nationalists, who would rather drown themselves than admit that the historical task of reuniting the people was solved by the Bolsheviks, led by Comrade Stalin, prevented this.