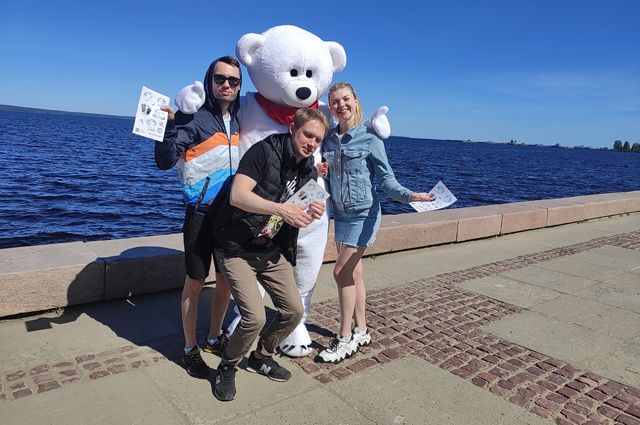 Getting rid of plastic worries many. The Northerners even expressed an opinion on this issue. According to a street survey conducted by the Arctic Development Project Office on the occasion of Ecologist’s Day, 61% of people believe that sorting garbage will help solve the problem of plastic in the Arctic.

The survey “5 questions from the White Bear” on the Day of the Ecologist ” was held in ten Arctic cities (Murmansk, Arkhangelsk, Petrozavodsk, Vorkuta, Anadyr, Yakutsk, Norilsk, Dudinka, Naryan-Mar, Salekhard), as well as in Moscow and St. Petersburg. The townspeople were interviewed together by interviewers and a polar bear named Plombir, a mascot of the project IT’s time to “Save the polar bear” and the educational center “White Bear”. In Yakutsk, a brown bear took part in the survey on the rights of its brother, because the Sakha Republic is not all located in the Arctic zone, and the brown bear is one of the owners of its forests.

“What do you think should be done to get rid of the problem of plastic, which is found both in the Arctic seas and in the diet of polar bears?”raquo; — asked the representatives of the Northerners’ TIME. 61% of respondents said that the main thing is to sort household waste. Almost the same number of votes was given to the option “To introduce modern methods of disposal of non-degradable waste in the country”.waste», which became the second most popular. 54% of respondents believe that first of all it is necessary to introduce fines for illegal landfills, and 40% for stopping the use of plastic bags in everyday life. Finally, 36% believe that it is necessary to start using reusable dishes, containers for chemicals and food (you could choose several answers). 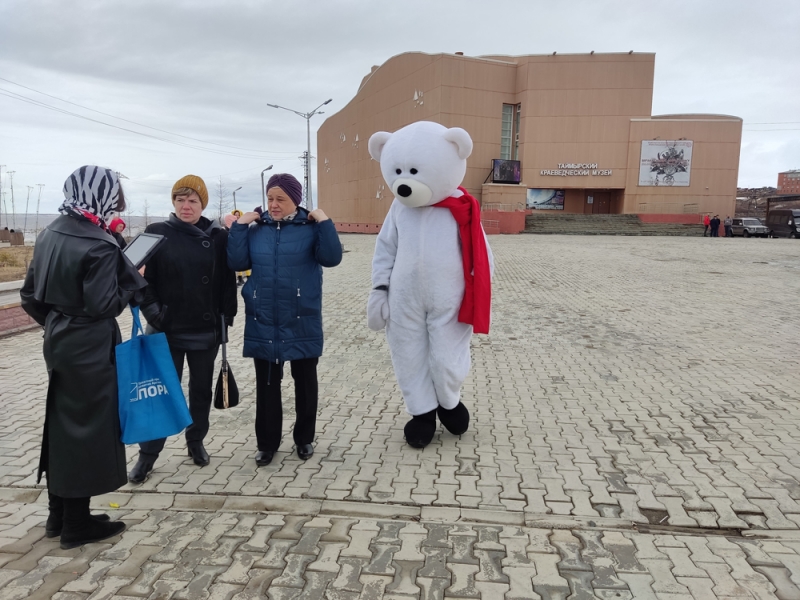 Reducing consumption and sorting waste is also leading among the things that people are personally willing to do every day to improve the ecology of the Arctic. 62% of the respondents said they were ready to do so. 25% participate in environmental actions (most often these are subbotniks and garbage collection events). 24% of northerners support various online petitions related to the environment. About 10% of the respondents themselves are related to environmental structures.

The survey revealed a rather low awareness of people that Russia has become the chairman of the Arctic Council for the next two years: even in the Arctic, only a third (33%) of respondents know about this. However, among those people who are aware of this, 76% believe that the environmental agenda of Russia’s chairmanship in the Arctic Council is very important, another 12% – that it is rather important. It is considered quite unimportant by less than 3% of the inhabitants of the Arctic region.

“Our goal was to remind the residents of the Far North how important it is to remember the environment and how much personal contribution means. In the diet of the polar bear, a large amount of plastic was found, which is a product of human activity: it is a container, plastic packaging. It’s a personal matter for everyone to sort out the garbage, discard single-use bags to reduce the amount of microplastics that end up in the Arctic seas, ” said chairman of the Management Board of the Company Nikolay Doronin. 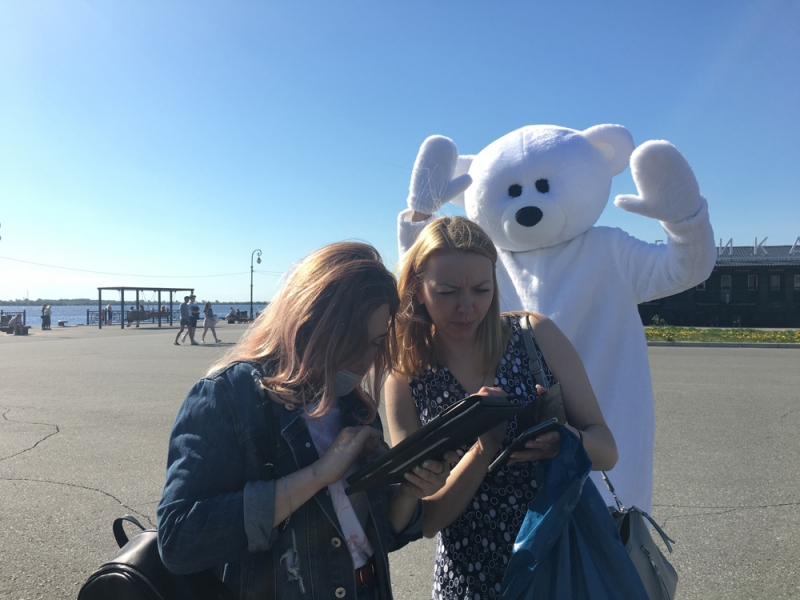 About 500 people took part in the survey for two days-residents of the Arctic Region and the two capitals. They were also able to take photos with a polar bear Ice Cream and received stickers with a polar bear dedicated to the Day of the Ecologist, CDs with children’s songs about Arctic animals and other souvenirs with the image of a polar bear. The survey was broadcast live on the social network “Odnoklassniki” with inclusions from all Arctic cities, in total, more than 800,000 people watched the broadcasts.